The State-Sponsored Terrorism [of] the United States of America

Terrorism And The United States

What is it that makes young men, reasonably well educated, in good health and nice looking, with long lives ahead of them, use powerful explosives to murder complete strangers because of political beliefs? I’m speaking about American military personnel of course, on the ground, in the air, or directing drones from an office in Nevada.

Do not the survivors of U.S. attacks in Iraq, Afghanistan, Yemen, Pakistan, Somalia, Libya and elsewhere, and their loved ones, ask such a question? The survivors and loved ones in Boston have their answer – America’s wars in Iraq and Afghanistan.

That’s what Dzhokhar Tsarnaev, the surviving Boston bomber has said in custody, and there’s no reason to doubt that he means it, nor the dozens of others in the past two decades who have carried out terrorist attacks against American targets and expressed anger toward U.S. foreign policy. [See William Blum, Rogue State: A Guide to the World’s Only Superpower, chapters 1 and 2, for cases up to about 2003; later similar cases are numerous; e.g., Glenn Greenwald, “They Hate US for our Occupations”, Salon, Oct. 12, 2010.]

Both Tsarnaev brothers had expressed such opinions before the attack as well. [Huffington Post, April 20, 2013; Washington Post, April 21.] The Marathon bombing took place just days after a deadly U.S. attack in Afghanistan killed 17 civilians, including 12 children, as but one example of countless similar horrors from recent years.

“Oh”, an American says, “but those are accidents. What terrorists do is on purpose. It’s cold-blooded murder.”

Terrorism is essentially an act of propaganda, to draw attention to a cause. The 9/11 perpetrators attacked famous symbols of American military and economic power. Traditionally, perpetrators would phone in their message to a local media outlet beforehand, but today, in this highly-surveilled society, with cameras and electronic monitoring at a science-fiction level, that’s much more difficult to do without being detected; even finding a public payphone can be near impossible.

From what has been reported, the older brother, Tamerlan, regarded U.S. foreign policy also as being anti-Islam, as do many other Muslims. I think this misreads Washington’s intentions. The American Empire is not anti-Islam. It’s anti-only those who present serious barriers to the Empire’s plan for world domination.

The United States has had close relations with Saudi Arabia, Jordan and Qatar, amongst other Islamic states. And in recent years the U.S. has gone to great lengths to overthrow the leading secular states of the Mideast – Iraq, Libya and Syria.

Moreover, it’s questionable that Washington is even against terrorism per se, but rather only those terrorists who are not allies of the empire. There has been, for example, a lengthy and infamous history of tolerance, and often outright support, for numerous anti-Castro terrorists, even when their terrorist acts were committed in the United States.

Hundreds of anti-Castro and other Latin American terrorists have been given haven in the U.S. over the years. The United States has also provided support to terrorists in Afghanistan, Nicaragua, Kosovo, Bosnia, Iran, Libya and Syria, including those with known connections to al-Qaeda, to further foreign policy goals more important than fighting terrorism.

Under one or more of the harsh anti-terrorist laws enacted in the United States in recent years, President Barack Obama could be charged with serious crimes for allowing the United States to fight on the same side as al-Qaeda-linked terrorists in Libya and Syria and for funding and supplying these groups. Others in the United States have been imprisoned for a lot less.

As a striking example of how Washington has put its imperialist agenda before anything else, we can consider the case of Gulbuddin Hekmatyar, an Afghan warlord whose followers first gained attention in the 1980s by throwing acid in the faces of women who refused to wear the veil. This is how these horrible men spent their time when they were not screaming “Death to America.” 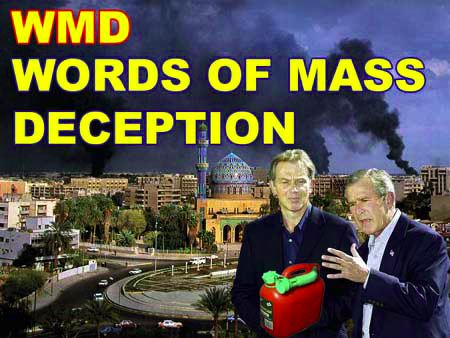 This did not prevent the United States government from showering the man with large amounts of aid to fight against the Soviet-supported government of Afghanistan. [See William Blum, Killing Hope: U.S. Military and CIA Interventions Since World War II.] Hekmatyar is still a prominent warlord in Afghanistan.

A similar example is that of Luis Posada who masterminded the bombing of a Cuban airline in 1976, killing 73 civilians. He has lived a free man in Florida for many years.

USA Today reported a few months ago about a rebel fighter in Syria who told the newspaper in an interview: “The afterlife is the only thing that matters to me, and I can only reach it by waging jihad.” [USA Today, Dec. 3, 2012]

Tamerlan Tsarnaev may have chosen to have a shootout with the Boston police as an act of suicide; to die waging jihad, although questions remain about exactly how he died. In any event, I think it’s safe to say that the authorities wanted to capture the brothers alive to be able to question them. 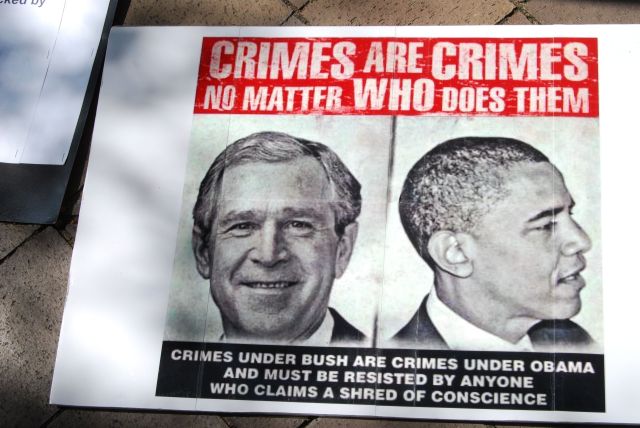 Let us hope that the distinguished statesmen, military officers, and corporate leaders who own and rule America find out in this life that to put an end to anti-American terrorism they’re going to have to learn to live without unending war against the world. There’s no other defense against a couple of fanatic young men with backpacks. Just calling them insane or evil doesn’t tell you enough; it may tell you nothing.

But this change in consciousness in the elite is going to be extremely difficult, as difficult as it appears to be for the parents of the two boys to accept their sons’ guilt.

Richard Falk, UN special rapporteur on human rights in the Palestinian territories, stated after the Boston attack: “The American global domination project is bound to generate all kinds of resistance in the post-colonial world. In some respects, the United States has been fortunate not to experience worse blowbacks. … We should be asking ourselves at this moment, ‘How many canaries will have to die before we awaken from our geopolitical fantasy of global domination?’” [See ForeignPolicyJournal.com, April 21, 2013.]

Officials in Canada and Britain as well as US Ambassador to the United Nations Susan Rice have called for Falk to be fired. [The Telegraph (London), April 25, 2013; Politico.com, April 24]

Mr. William Blum is an author, historian, and renowned critic of U.S. foreign policy. He is the author of Killing Hope: U.S. Military and CIA Interventions Since World War II and Rogue State: A Guide to the World’s Only Superpower, among others. williamblum.org

About jimcraven10 1. Citizenship: Blackfoot, U.S. and Canadian; 2. Position: tenured Professor of Economics and Geography; Dept. Head, Economics; 3. Teaching, Consulting and Research experience: approx 40 + years all levels high school to post-doctoral U.S. Canada, Europe, China, India, Puerto Rico and parts of E. Asia; 4. Work past and present: U.S. Army 1963-66; Member: Veterans for Peace; former VVAW; Veterans for 9-11 Truth; Scholars for 9-11 Truth; Pilots for 9-11 Truth; World Association for Political Economy; Editorial Board International Critical Thought; 4.. U.S. Commercial-Instrument Pilot ; FAA Licensed Ground Instructor (Basic, Advanced, Instrument and Simulators); 5. Research Areas and Publications: International law (on genocide, rights of nations, war and war crimes); Imperialism (nature, history, logic, trajectories, mechanisms and effects); Economic Geography (time and space modeling in political economy; globalization--logic and effects; Political Economy and Geography of Imperialism); Indigenous versus non-Indigenous Law; Political Economy of Socialism and Socialist Construction; 6. Member, Editorial Board, "International Critical Thought" published by the Chinese Academy of Social Sciences; International Advisory Board and Columnist 4th Media Group, http://www.4thMedia.org (Beijing); 7. Other Websites publications at http://www.aradicalblackfoot.blogspot.com; wwwthesixthestate.blogspot.com;https://jimcraven10.wordpress.com; 8.Biography available in: Marquis Who’s Who: in the World (16th-18th; 20th; 22nd -31st (2014) Editions); Who’s Who in America (51st-61st;63rd-68th(2014) Editions); Who’s Who in the West (24th- 27th Editions);Who’s Who in Science and Engineering (3rd to 6th, 8th, 11th (2011-2012) Editions); Who’s Who in Finance and Industry (29th to 37th Editions); Who’s Who in American Education (6th Edition). ------------------- There are times when you have to obey a call which is the highest of all, i.e. the voice of conscience even though such obedience may cost many a bitter tear, and even more, separation from friends, from family, from the state, to which you may belong, from all that you have held as dear as life itself. For this obedience is the law of our being. ~ Mahatma Gandhi
View all posts by jimcraven10 →
This entry was posted in 4th Media, CIA past, CIA Terrorism, Decline of the American Imperium, Faces of Fascism, FALSE FLAGS, Fascism in America, FOUNDATIONS OF FASCISM IN AMERICA, IMPERIAL HUBRIS AND INTRIGUE, International Law and Nuremberg Precedents, Logic of Capitalism and Imperialism, Meme Warfare and Imperialism, NATIONAL SECURITY-SURVEILLANCE STATE, NED and other Fronts of Imperialism, Neoclassical Economics and Neoliberalism as Neo-Imperialism, Neoliberalism and Neoclassical Theory, Neoliberalism as Neoimperialism, New World Order, Psychopaths and Sociopaths in Politics, Psyops. Bookmark the permalink.